....Until you've been surrounded 360 degrees by fireworks. My husband and I just returned home from a dual vacation. We began our journey on the Outer Banks of North Carolina, leaving only a day before hurricane Arthur decided to make his appearance. We flew into St. Louis and immediately left for Wyoming. Exhaustion is the understatement of the year. When you've covered 5 states and 3 time zones in one day, hit me up, we'll chat :) So anyway, we drove to Wyoming (stretched that over 2 days) and ended up in Lander in time for the 4th. To say that the 4th is a big deal for Lander just wouldn't be doing it any justice. It was an incessant bombardment of booms stretched from the 3rd to the 5th of July as every Joe and their pet were permitted from the surrounding state to set fire to explosives in the small town without limit. We found ourselves dodging wads from the flaming chemical awesomeness known as fireworks (one wad, presumably made of concrete, or at least it felt so, zoomed mere inches by the head of someone very dear to us as we were enjoying some beverages in the front yard). At dusk, we trekked up to the roof of the tallest building in the city, conveniently located in the center to take in the view. I'm not kidding when I say we were surrounded 360 degrees by fireworks. There was not a direction you couldn't look that you wouldn't find them. This provided me an opportunity to get some really awesome shots!! I'll share just a few with you here, if you look closely, in most, you can see fireworks all over and in the distance. I hope you enjoy them. I will have more vacation photos when I get caught up on a few other things :) 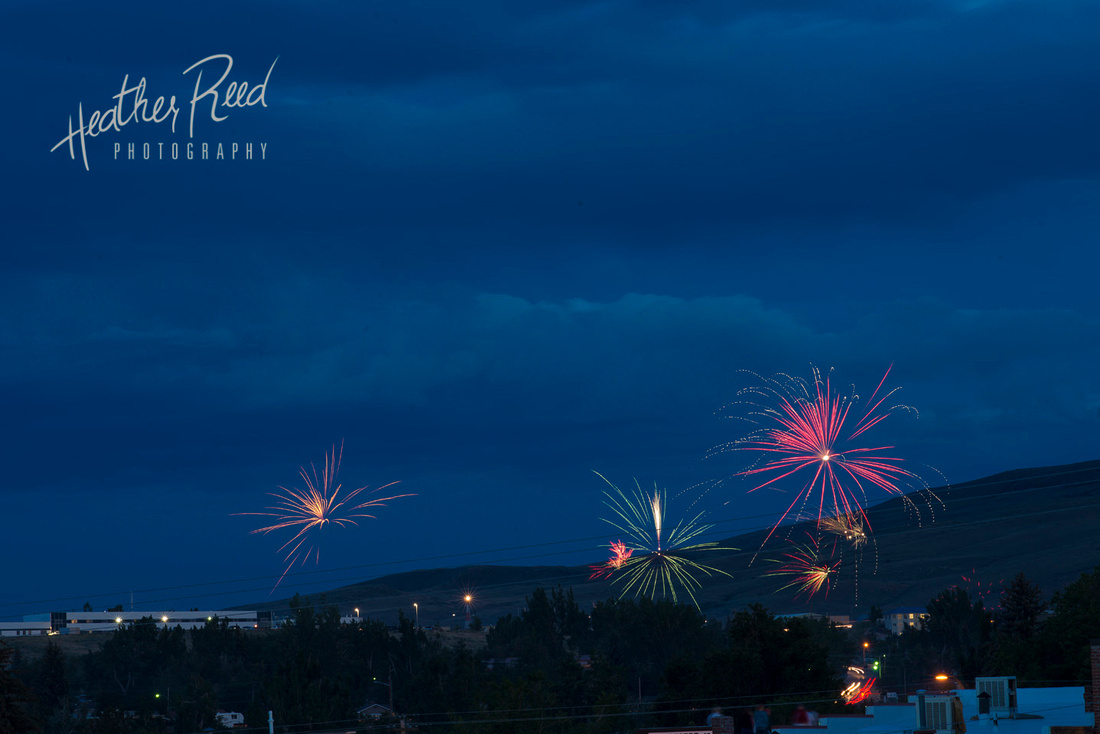 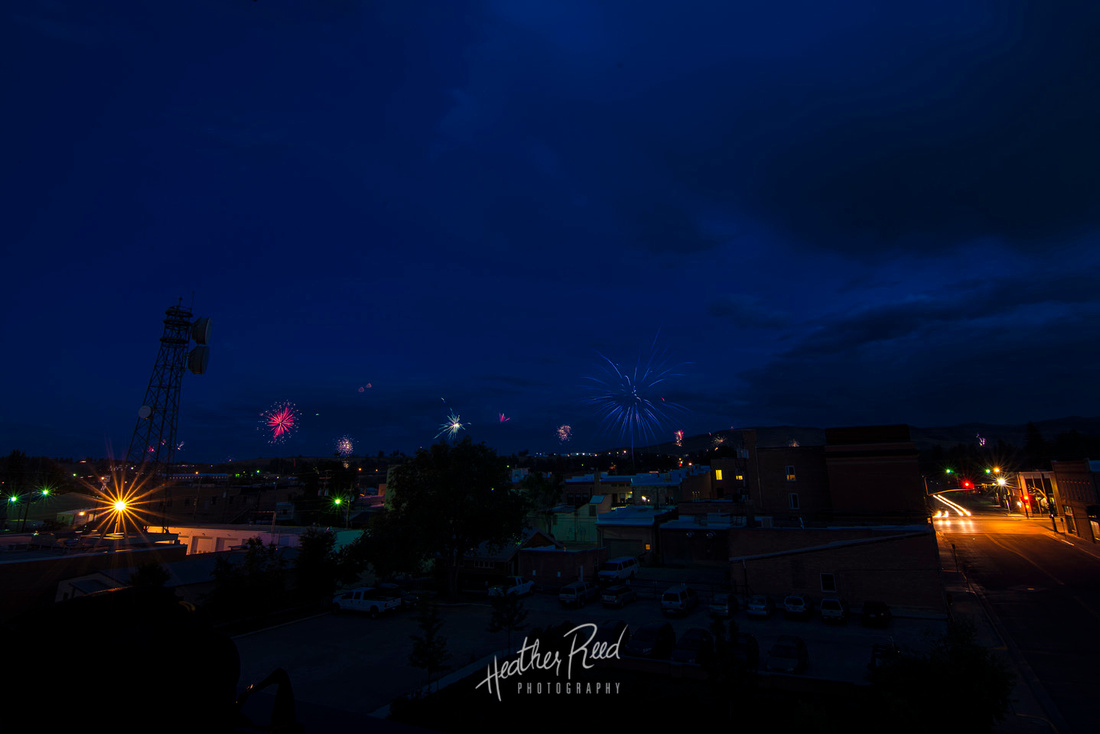 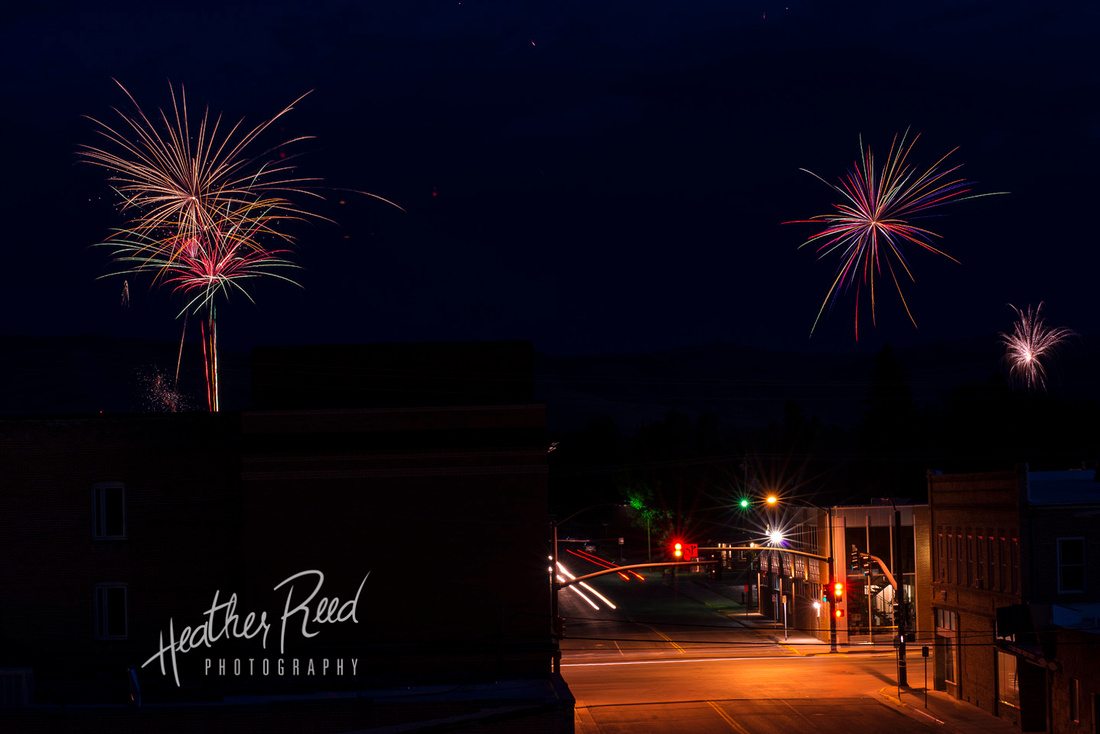 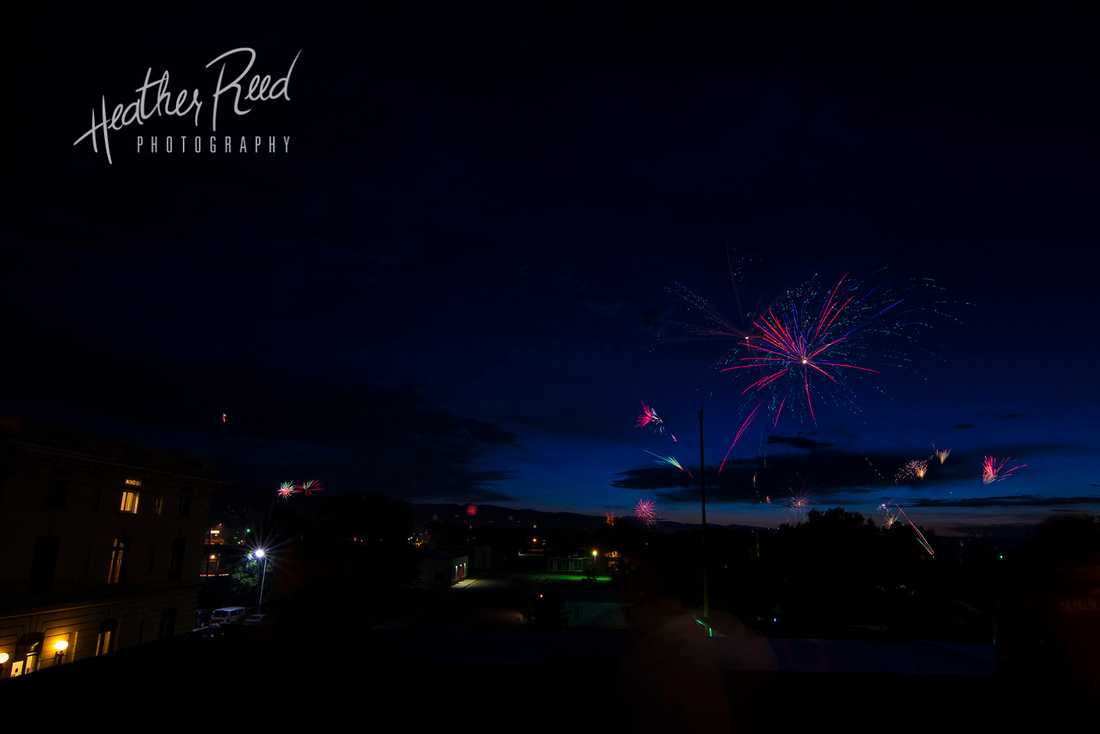